When I found out that USAT Age Group Nationals were going to be in Milwaukee in 2014, I KNEW I had to be at the race. I grew up there, the lakefront would provide a beautiful race site, and hello, I would be able to say I was at nationals.  There was the little matter of "qualifying" getting in the way, so I set my sights on doing so at Nation's Tri in 2013 (done) and started planning my season around the Olympic distance championships.

Then I started doing sprint race again, realized that those could be kind of fun, too, and decided to sign up for that race since I'd be here anyway (no need to qualify for the sprint). 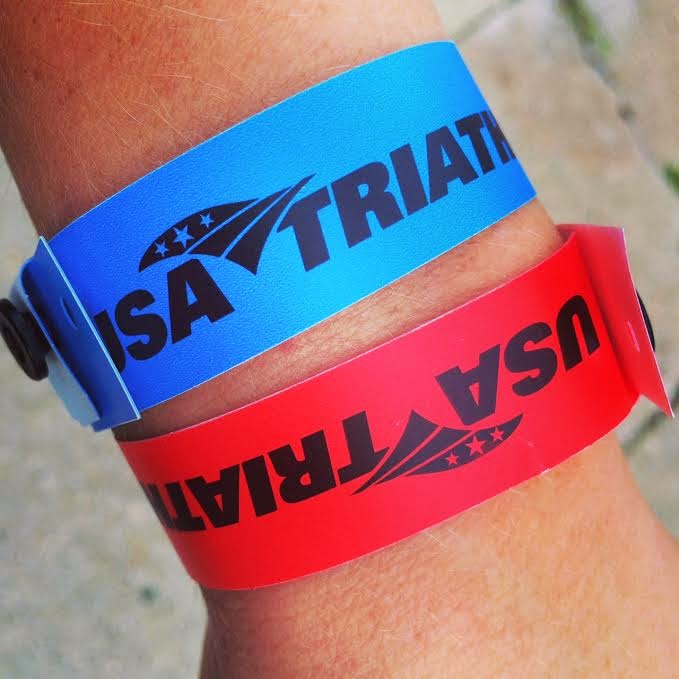 It's one thing to hang out all weekend with one race bracelet; two is a little much. One might argue that what's ACTUALLY a little much is doing two races in 24 hours. One might be right, but more racing means more fun.

I had a foot issue flare up over the past two weeks (and also had a root canal, asthma incident, and a probable kidney stone), so a couple of days ago, I decided I'd be happy to make it to the finish line(s) in one piece. Things have calmed down now, and I think I'm in better shape. Regardless, the field here is STRONG and I am most likely going to get my behind handed to me by the rest of my age group, so I'm planning to spend most of the weekend in awe of the super speedy folks around me.

If you are bored this weekend and want to follow along, go here.