After a pretty good Olympic-distance race at nationals, I took a substantial portion of the next week completely off to recover from a relatively intense string of racing. I still wanted to race a few more times before local waterway temperatures ended triathlon season, so I got back into training after an easy week, and had no difficulty putting out the watts on my bike and getting myself back in the pool.

Then there was running.

I was having a great time getting outside and enjoying the slightly cooler temperatures and lower humidity whenever such weather passed through DC towards the end of August, but anytime a workout called for any kind of intervals or real effort, well… 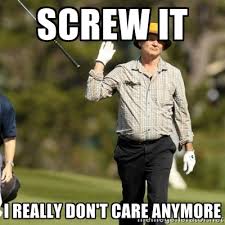 Maybe it was because I’d broken the 2:30 barrier at nationals and had already reached a bunch of podiums this season, and I felt satisfied with what I’d gotten done. Or maybe I’m just lazy.

The running funk didn’t turn around before my first race back after nationals, so two weekends ago, I found myself in Williamsburg on a very muggy morning, with all my gear, ready to find out just where I stood after five weeks of questionable training following nationals.

I completely misread the current while warming up and started on the wrong side of the first turn buoy, so that had me behind the lead women at the first buoy. I caught back up to them shortly after that, and we stuck together until we caught up to the slow men, which broke us apart. I wasn’t swimming that hard and kept trying to coax myself to go faster, but was definitely doing the whole thing at a moderate aerobic pace rather than a racing pace. Even though I didn’t swim fast, I do think I did a good job of staying on course, so at least I didn’t waste energy, and I came out right at the front of the race.

We had a pretty long run into transition, which, historically, has been a place I get passed often. This time, I decided to treat the run like a race (how novel), and had much better results. I passed one woman, and one passed me, so that’s better than several women running past me before I can even get to my bike.

I also decided to address previous weaknesses in my T1 plan by starting with my shoes clipped into my bike. I’d practiced this a few times in the week leading up to the race, and found that I ran to the mount line MUCH faster, and of course, saved time by putting on my shoes while I was moving forward on the bike course. I can definitely improve my mounting technique and speed, but this was a substantial improvement.

The bike was the best and most fun part of the day. I passed one woman in the first mile or so, then the eventual race winner caught up with me and I stuck with her (legally) for pretty much the rest of the ride. My power was lower than it was at nationals, but not drastically so, and I think part of this was because, for 12 miles, we were navigating around the slower people in half ironman that started 30 minutes before us. Part of it was probably also because I wasn’t in as good of shape as I was at nationals.

Once we hit the turnaround, I realized that the eventual winner and I were 1-2 in the race, and she was only a few seconds ahead.  I also realized that my bike computer was showing 32-something which meant that I was on pace for a 1:05 bike split. 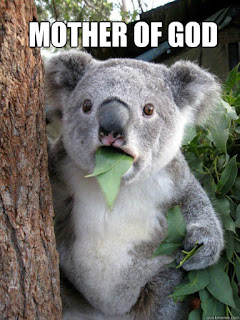 This would be substantially faster than the sub-1:10 I was thrilled to post at nationals just a few weeks earlier, so I was a little concerned I was going too hard. But, my legs were feeling OK (well, as OK as they should feel during a hard short course race effort), and my heart rate was under control, so I just went with it and stuck with the lead woman, passing her once or twice as we leapfrogged back to transition.

I took my feet out of my shoes too early because I was worried about not having enough time to do it before the dismount line, so partial fail on the more efficient dismount. It was still much easier running through transition without clomping around in bike shoes so it was an overall success. I had come into transition maybe five seconds in back of the eventual race winner, and decided save time by skipping socks.

I started out at a comfortable pace, which turned out to be just over 8min/mile. For whatever reason, I never found motivation to push hard enough to get beyond a conversational pace, and my pace kept getting slower and slower. Once 2nd and 3rd place passed me and I was off the overall podium, I had even less motivation.

Just in case I needed more demotivation, I started developing extremely painful blisters on the arches of my feet after four miles. Remember the no socks thing? 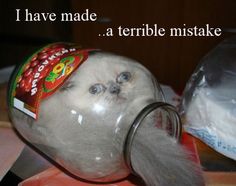 I wound up getting passed by a couple more women, including one in my age group, but never felt the urge to run harder. This was probably exacerbated by the fact that it felt like I was running on shards of glass thanks to the ever-expanding blisters.

I was pretty annoyed with myself about phoning in the run when I realized that if I’d run only 90 seconds slower than I did at nationals, I would have been second overall. The entire time on the run, my thoughts were pretty much a mess of “I already broke 2:30 this season, it’s a hot day, I haven’t been running well since nationals, blah blah blah,” which isn’t going to lead to excellence on the run course.

I do also think I lost a non-trivial amount of fitness since nationals – which is fine and needs to happen after a peak race – but I guess I can’t expect results from work I didn’t do.

Setting aside the above whining, there were some pretty good outcomes here. I made the age group podium in an Olympic-distance race, biked a pretty fast 40k, and logged my second fastest ever Olympic-distance race time. If I can do all that after a month plus of slacking, I can’t complain too much.