Looks like I left everybody hanging with that Annapolis Half Marathon preview post. How un-thoughtful of me.

The race didn’t go all that well – I didn’t really kick the cold before the race started, so I wound up running well for about 30 minutes, which is when the lack of good oxygen exchange got to me.

You know what also got to me? The really bad mile markings on the course. They were spaced kind of like this: 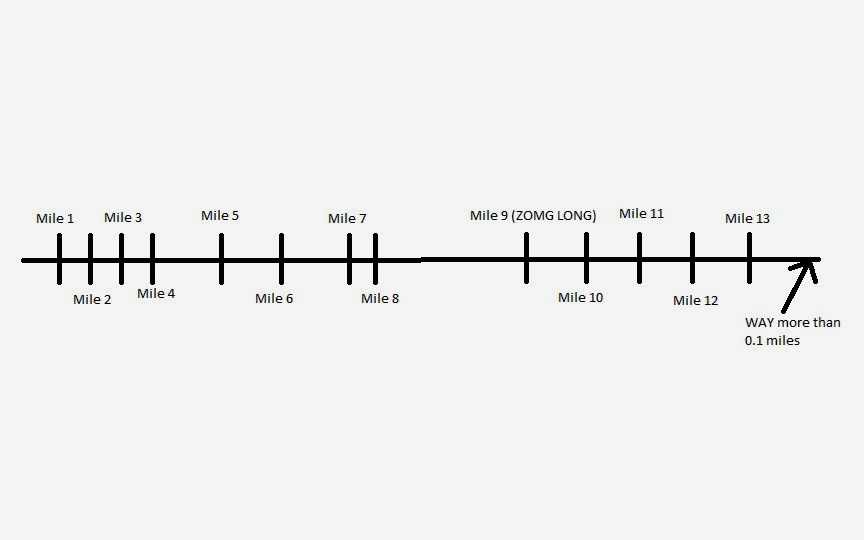 Anyhow, I did manage to pull off what was technically a PR (1:52:24), even though I covered 13.1 miles faster in the second half of the 2013 Myrtle Beach Marathon. Given the inflamed bronchial passages and the seriously bizarrely-marked course, I guess that’ll do.

And I’ve raced a little more since then! In fact, just a few days later, I set a new 5k PR (23:45), thereby indicating that I definitely did NOT have a chance to really race that half marathon.

I also ran a 10k at the end of December, which I did not PR. I did, however, get 2nd in my age group, and got some peppermint bark as a prize. 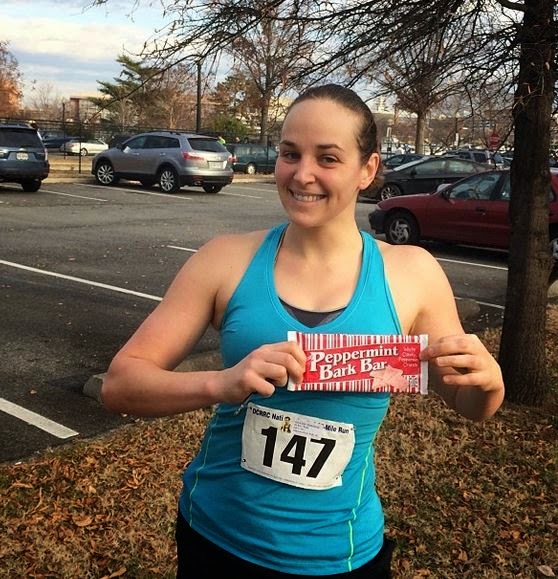 Since then, the only race I’ve done was a 4k open water swim in New Zealand, which I decided to turn into a 5k by missing a turn buoy and eventually back tracking. 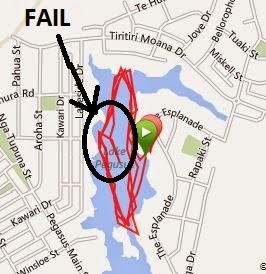 Oh, right, I was in New Zealand, too. That’s probably the most notable part of this update. 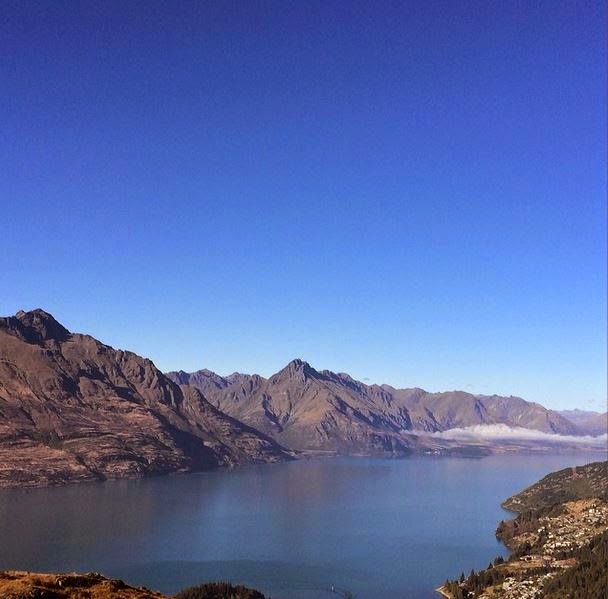 Since getting back from that February trip, things have not been so great. I got sick a couple of times this winter, had my first triathlon did-not-start (Galveston 70.3), and work periodically took over my life. But do not fear, I still have love of the swim-bike-run, and am planning on doing all three at the Monticelloman Olympic Distance Tri in Charlottesville, VA this weekend. Should be a good time.

And since not EVERYTHING is about triathlon, Jason and I did get two cats in March. A beautiful tortie named Pi, who is super loving. 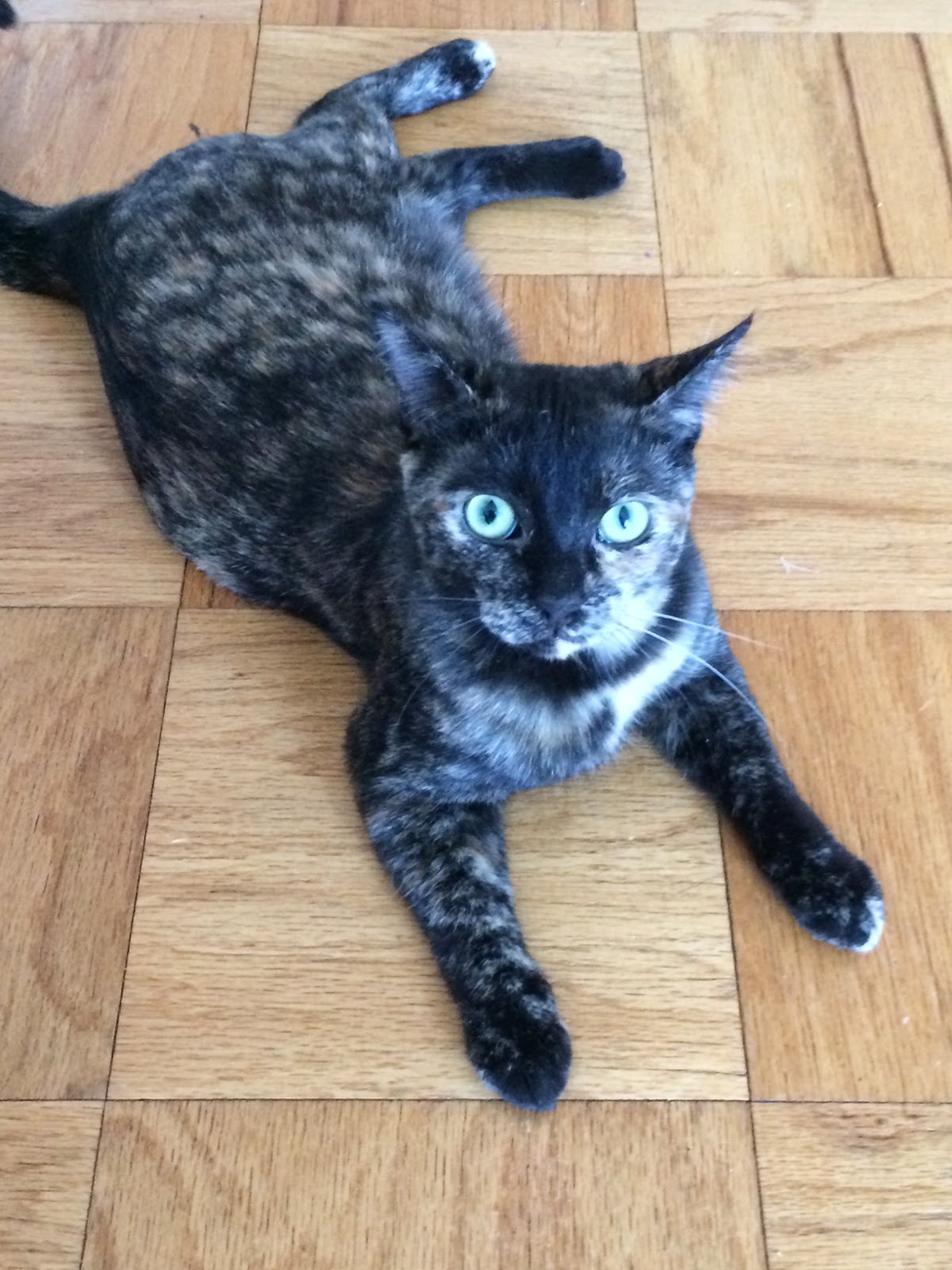 And a rambunctious black cat who I have renamed “El Diablo.” 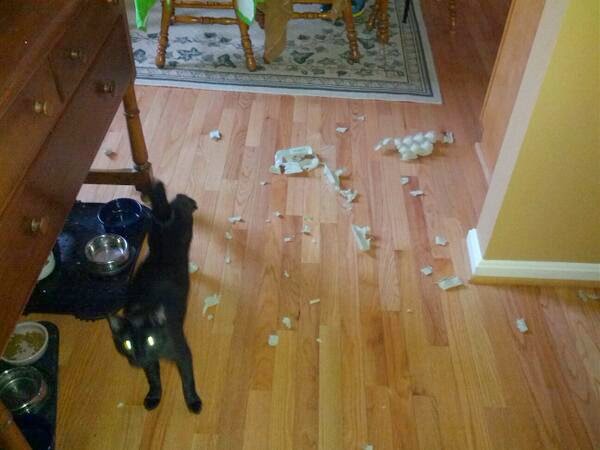 You can see why.