Getting back into running races after an 8 month break since the Myrtle Beach Marathon was harder than I thought. Surely the fact that I’d been run training and racing triathlons would give me some benefit, and one or two short races would get me back into form before next weekend’s half marathon in Annapolis.

So much for that theory. Turns out that I’d lost my feel for starting out running, as opposed to racing the run as the final portion of a multi-hour event, and this showed – badly – this fall. In summary: 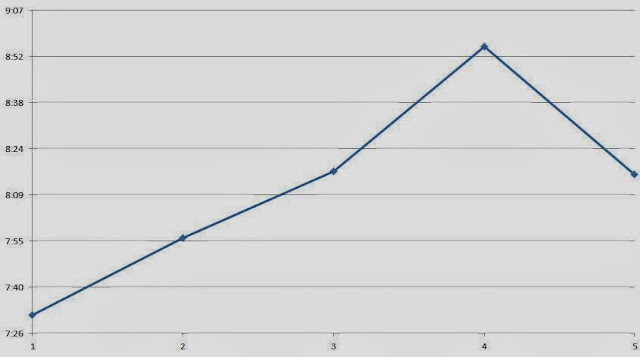 November 3: 8k race in downtown DC. Goal was to race better than I had 3 weeks earlier to boost my confidence for the Annapolis Half. Finished 40 seconds *slower* in a 41:12 with mile 4 clocking in at 8:37 – the slowest mile again. 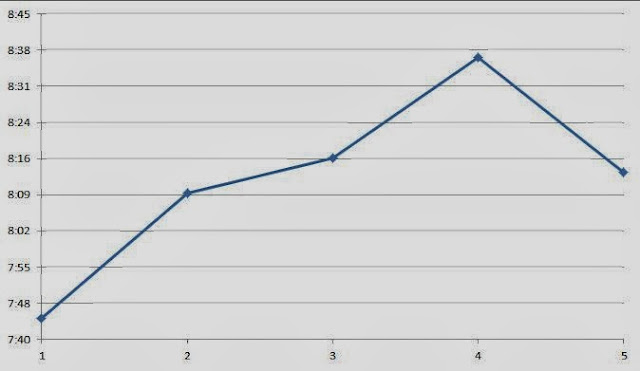 Sure, there was just under a minute of difference between the fastest and slowest mile this time, but I still DIED. And went home considering dropping out of the half entirely.

Instead, I looked for a last-ditch effort to put in a solid race. And found a 10k.

November 10: 10k race at Hains Point in DC. Goal was to “not have a terrible race,” and I told absolutely nobody – not my coach, not my running friends, not even my boyfriend – that I was racing in case it went bad YET AGAIN. Finished in 49:30 to break 50 minutes, which was a goal I’d had in mind since last fall, and paced fairly evenly. 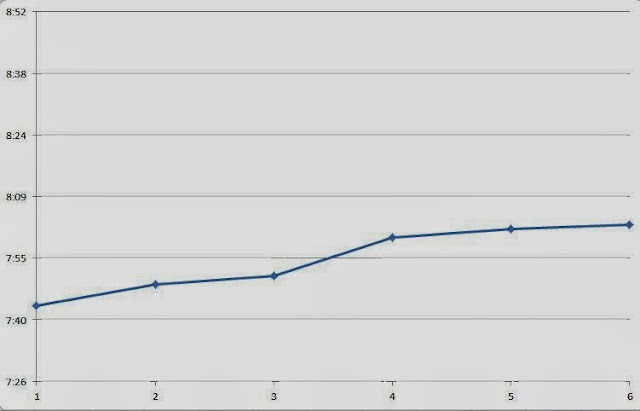 So what was the difference?

The most obvious answer is sharper race form, due to a variety of factors. Such as: experience actually racing something shorter than an hour, having more time to come back from my 3 week break in September, and adjustment to more running mileage this fall.

It’s more than that, though. Much of it was in the approach to the race.

As an endurance junkie (hello, my half marathon PR is actually from the second half of a marathon and I have a problem), I have a tendency to start out runs slow and get faster as I warm up and get into a rhythm. This is fine for long training runs, progression runs, and even tempo runs. But a 5k race? A 10k? If it takes you 20 minutes to get going, you just missed the entire race. Knowing this, I take shorter races out so that they feel hard, but I think I overshot this in the two 8ks I did. After that, I inevitably started slowing down, and then wasted a lot of energy as my form fell apart while I was trying to speed back up. That left me in miserable condition, willing myself to at least jog rather than stop entirely. Witness: the mile 4 splits in both races.

So for the 10k, rather than trying to take the first mile out “hard,” I took it out “strong.” This may just sound like semantics, but it worked in my little brain, so let’s go with it. I think I repeated the phrase “strong and controlled” to myself about 800 times during the race. This got me a solid, but not aggressively speedy, first mile of 7:44. After that, the idea was that rather than flailing to get as fast as I could, I maintained my posture and focused on my form when I started to feel fatigue. Those focus points pulled me back into a good rhythm and steady speed, and netted me two more sub-8 miles (7:49-7:51).

I won’t lie, the last half hurt, but it was manageable when I focused on staying strong and maintaining my form rather than mentally giving up as I just barely crossed over into the 8s for my pace (8:00-8:02-8:03). I think this was the real key – in the 8ks, as I saw myself slow down, I tried to encourage myself by telling myself I could do better…but then quickly spiraled down into thoughts of “You think you can do a 1:45 half marathon? You think you can chase a big time goal in a half ironman? But you can’t even go sub-8 for a short little road race?”

I discovered during the 10k that it was much better to acknowledge the slightly slower split, accept it for what it was, and continue to run as strong and fast as I could while staying in control of the race. With that approach, I only slowed down a few seconds, rather than, say, a minute, for the last couple of miles, and crossed the finish line pretty happy about breaking 50 minutes with a fairly even-paced race.

While breaking 50 minutes was nice, the great thing I came away with was a solid mental and physical approach for the half marathon next weekend. I can take out it strong, sure, and probably should given my ability to build into a longer run. But I don’t need to take it out hard, and I don’t need to mentally chastise myself over any mile that comes up over my goal pace, because wasting mental energy like that not only makes the race harder and slower, but it makes it no fun at all.

And who needs that?