Summer training has been going MUCH better this year than last. As in, I can literally hold paces 2-3 minutes per mile faster while running.

Sure, some of that is improved run fitness (hello, 3:47 marathon, and no, I don't plan to shut up about that, well, ever). But a good part of it is improved hydration. While last summer, I often found myself dizzy and slammed with a headache during long training sessions, that's not the case this year. The previously suspected culprit was lack of calories, but through trial and error, I realized it was more likely dehydration due to insufficient salt and water intake.

And though I am diligent about taking in the proper amount of water and salt during racing and training, I sometimes went into sessions in a deficit due to all the water and salt I lost just plain walking around in hot weather. I finally started taking in extra water and extra salt ALL DAY LONG and am pretty sure that is part of what has helped me perform better in extremely hot and humid conditions.

This increased consumption meant that I found myself down to only three tubes of Nuun last week, and was terrified of running out in a matter of days (OK, fine, hours). I picked up a temporary holdover supply at my neighborhood running store, and put in an order for enough to get me through the next few weeks of hot weather. 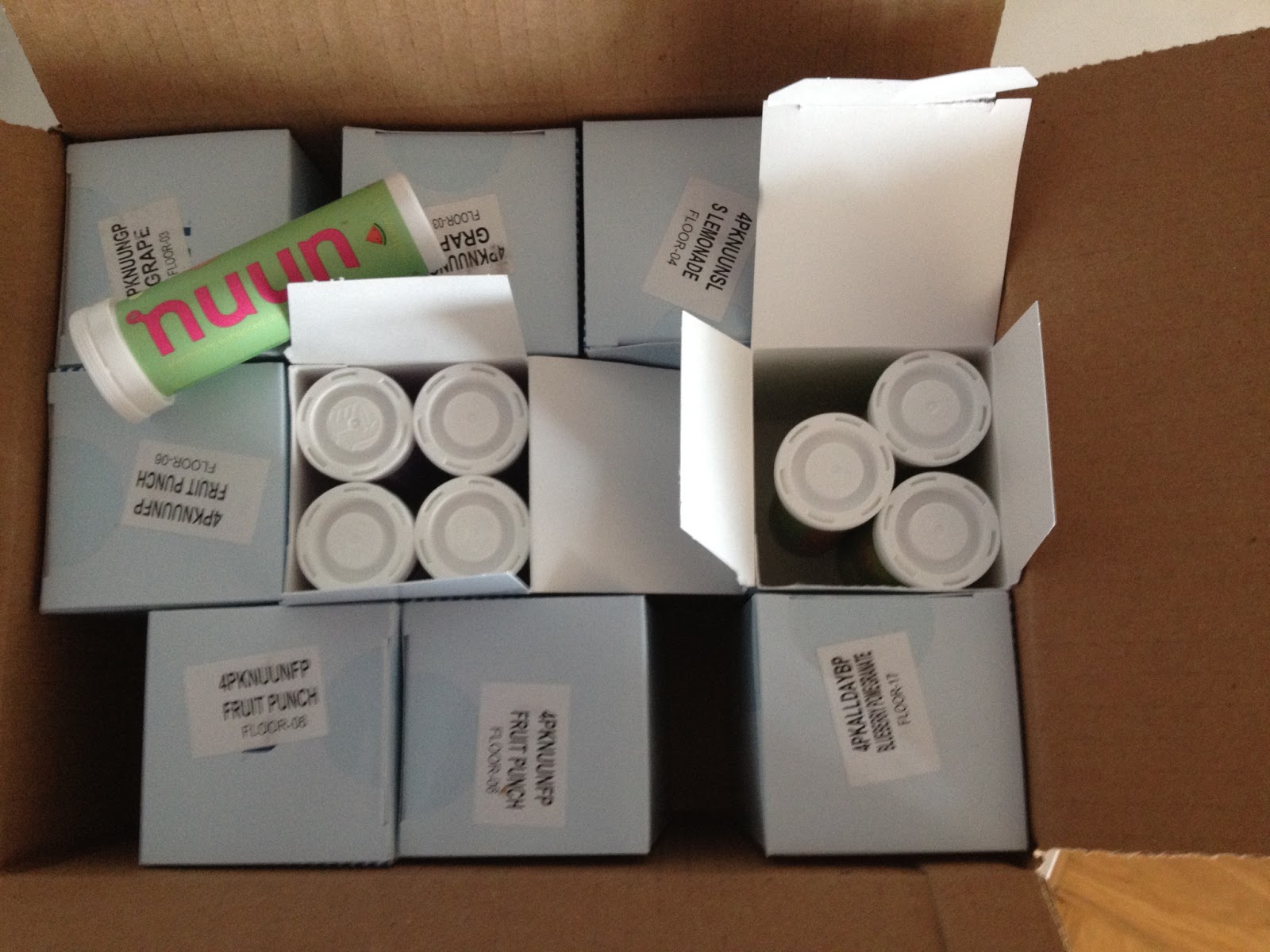 Just in case you ever wondered what almost $200 worth of Nuun looks like, see above.

Time to go sweat out a few tabs worth of Nuun!
Posted by Victoria at 6:56 AM