I suck at open water swimming.

I don’t mean that I’m a super-slow swimmer. What I mean is that, compared to how I swim in the pool, I’m relatively slow in open water. People who I am faster than in pool races routinely beat the stuffing out of me in open water, which is bad news for somebody who does triathlons in…open water.

Rather than continue to just whine about this, I decided that the only way to improve was to spend more time in open water, and to spend more time racing in open water, because I know I lack focus on speed once I get into a lake, river, or bay. Luckily, there are quite a few open water races in the DC area in the late spring/early summer, and I’ve been able to work a couple into my training plan. Last Sunday, there was a one mile race at Centennial Lake in Ellicott City, MD, which happens to be the site of the Columbia Triathlon. Since Jason lives a few miles away and is going to be making his triathlon debut there this Sunday (side note: Wish him luck! He’s been training hard.), it was a good chance for him to check out the course in advance of race day. Off to the lake we went.

After checking in, we had some time to sit around and review the course. And take pictures that, unlike the official race photos, wouldn’t make me look like Jabba the Hut’s sister. 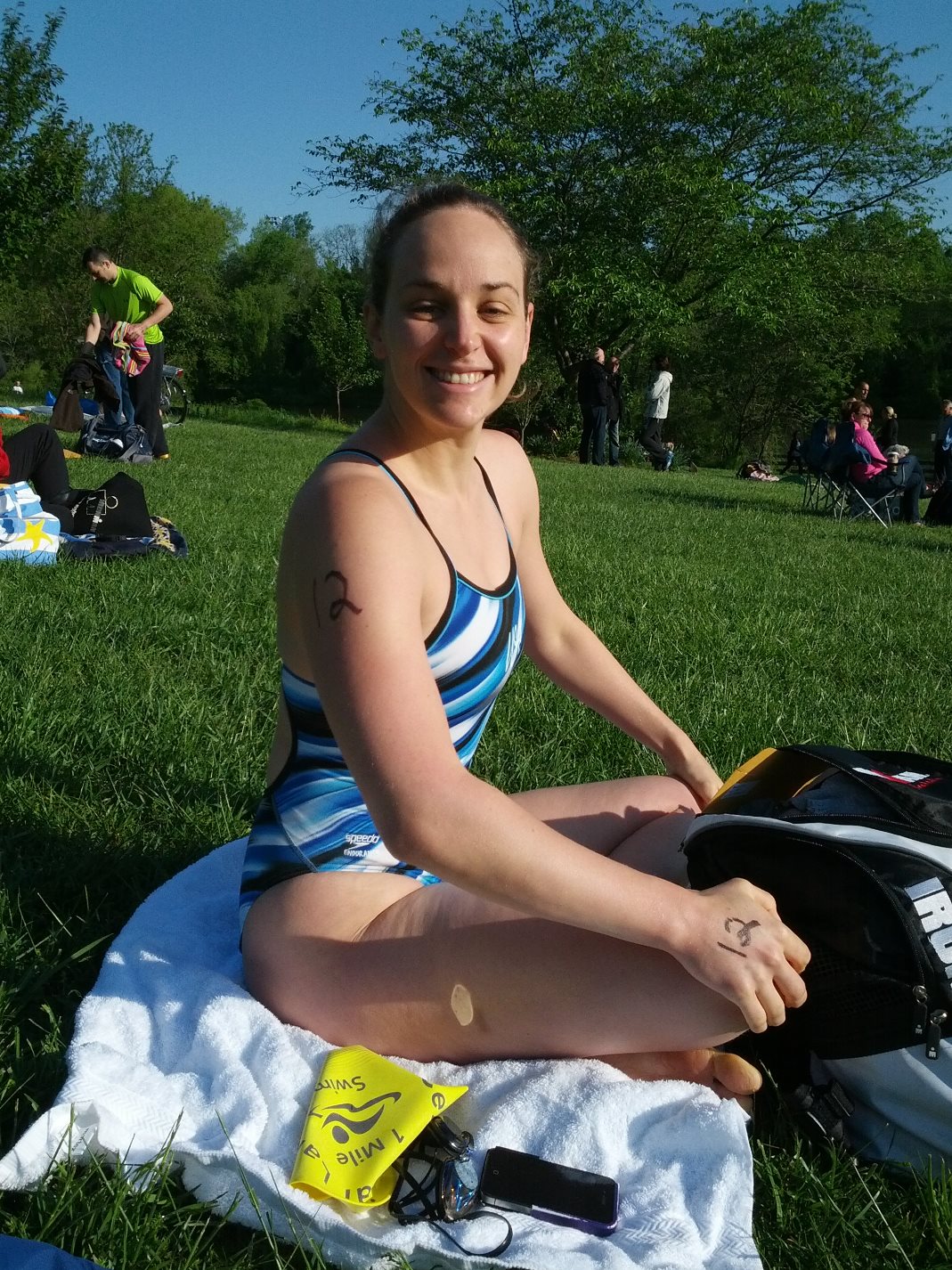 Eventually, we got called to the start, lined up in pre-assigned waves of 3 athletes each, and were sent off at 15 second intervals. I was in a wave with a very fast woman who I’ve seen at other races, and had no delusions of keeping up with her as she sped off towards the first buoy.

The water was somewhere between 65 and 68 F on race day, which was not warm, but not too cold with the sun overhead. Speaking of the sun – sighting and staying on course is a beast when the sun is in your eyes. I’ve finally ordered polarized goggles that purportedly make this less of an issue, but they hadn’t arrived before this race, so I wasted a lot of energy and mental focus staying on course. We finally turned back towards shore…and I found myself swimming into some pretty strong winds that may or may not have led me off course AGAIN. Though I definitely swam extra distance by not swimming a straight course, I felt strong in my stroke and thought I’d see a 26 or 27 on the clock. 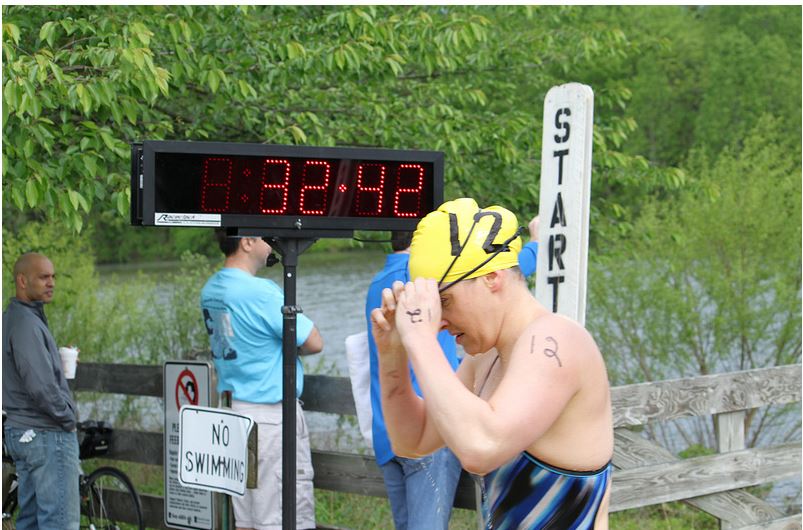 (As promised, the photo that makes me look like Jabba the Hut’s sister.)

Not so much. Yes, I didn’t leave at 00:00 because of the wave setup, but still. My official time was 31:52, which is slower than I swam 1.2 miles before biking 56 and running a half marathon just a few weeks earlier. Definitely a little disappointing, until I found out the fastest woman, who is, yes, fast, finished in just under 26 minutes. The conditions (wind) might have played a part, and perhaps the course was set just a little long.

While I moped over my time, I waited for Jason to come out. 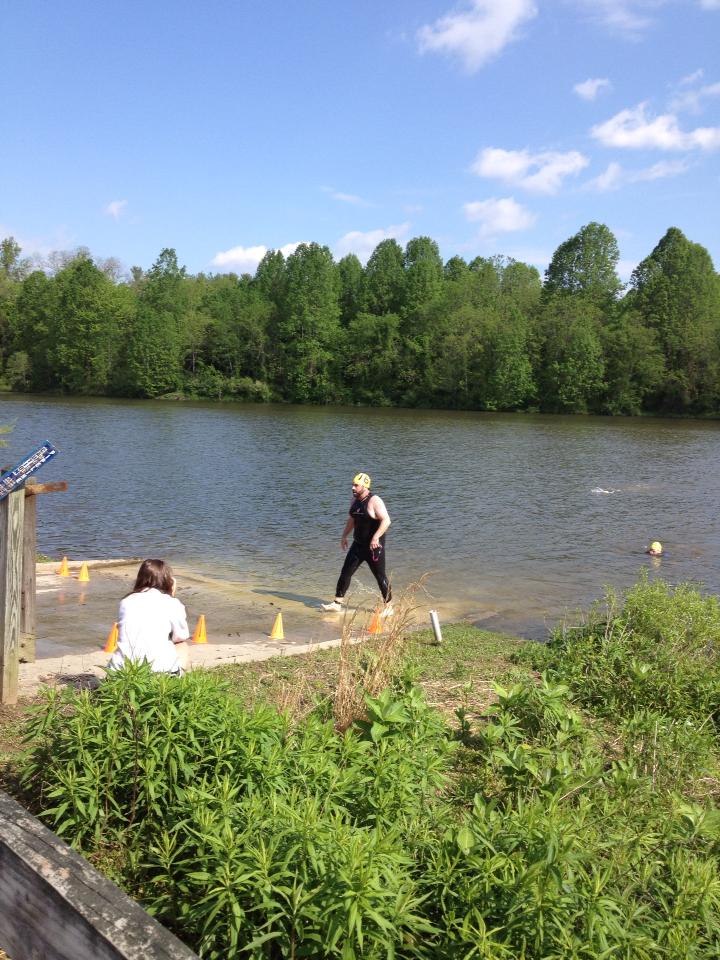 Once he did, he exclaimed that this was SO MUCH FUN and he couldn’t wait until he got to do this again. That kind of put an end to my moping.

As did the discovery later that day that I won my age group.
Posted by Victoria at 7:45 AM