As much as I like to make fun of the people who swim wearing fins, a snorkel, a pull buoy, and paddles all at once, extra swim gear does have a limited place in a quality swim training program.  Most of your swim training should be done without fins, paddles, and the like, since, well, that’s how you race. But integration of some training aids can help correct stroke errors and assist in muscle strengthening to improve one’s swimming overall. This is why I periodically break out the fins or the hand paddles for focused work during a swim workout, but not so often that I become dependent on them.

Hand paddles in particular can be helpful in correcting stroke errors, as they exaggerate any weaknesses in the catch or pull. One drill that is particularly effective for doing this is swimming with hand paddles WITHOUT the finger straps attached. Thus, hydrostatic pressure is the only way to keep the paddle from flying off the hand, so any point in the catch or pull with insufficient grab will immediately become apparent.

This drill, however, is impractical for longer sets, since, well, hand paddles go flying. FINIS, a swim gear manufacturer, solved this issue with the Agility Paddles, which are designed without straps in the first place. So when FINIS asked me if I’d like to review some of their gear, my soft spot for strapless paddle work led me right to these neat yellow paddles. 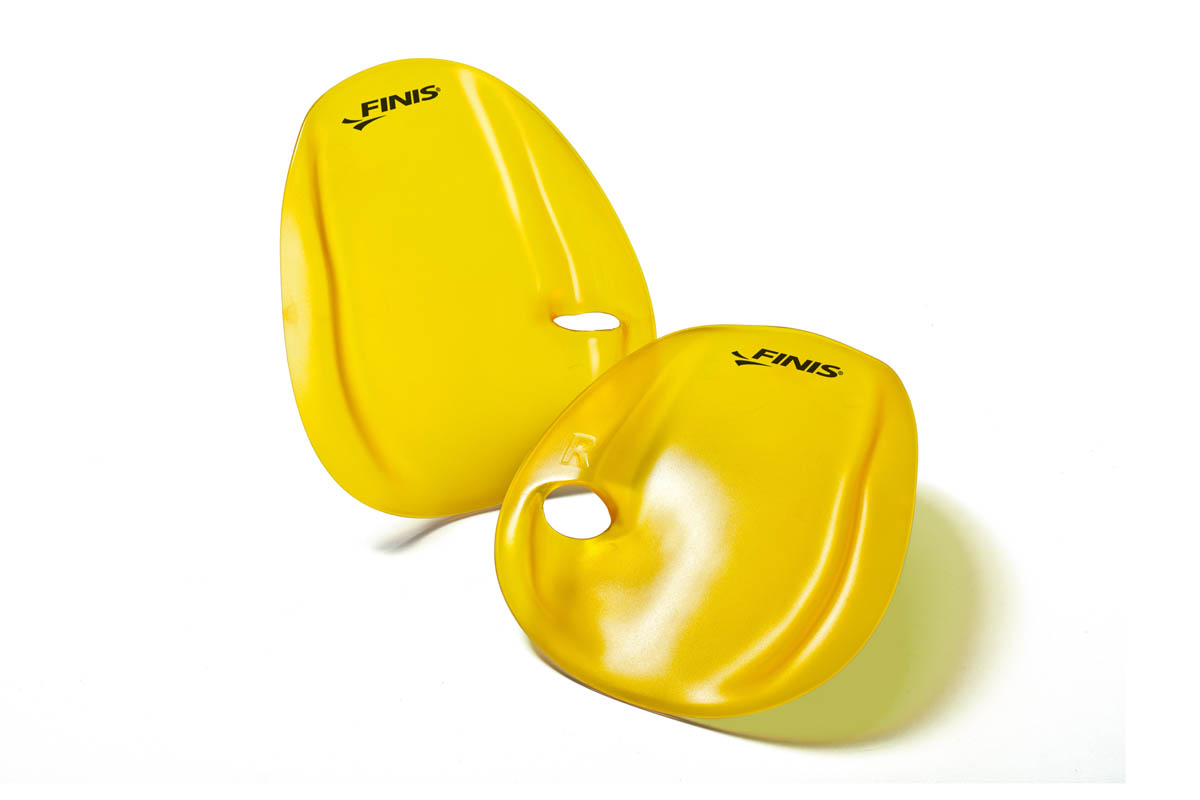 While the Agility Paddles don’t use straps, they do have neat little thumbholes to keep the paddles from flying away when the user fails to catch the water properly. 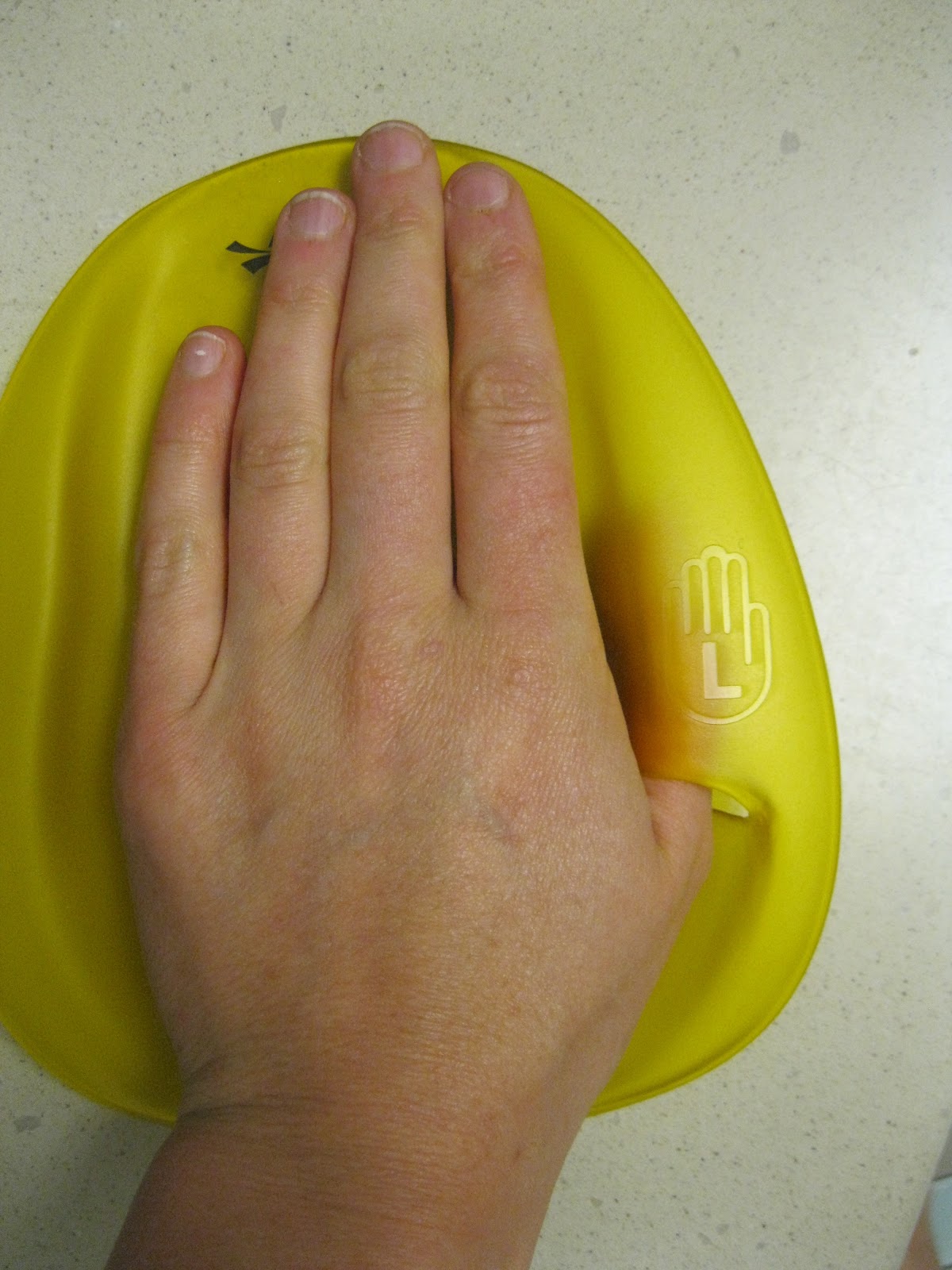 As an added bonus, this means that it’s easy to release the paddle from your palm mid-set to adjust your goggles or grab your water bottle, which is a major annoyance associated with doing long sets with traditional hand paddles. And while that’s certainly a convenient feature, I was more interested in evaluating how the Agility Paddles stacked up against what FINIS promised.

The ergonomically advanced design of the Agility Paddles helps teach swimmers the correct palm positive hand position. Due to the paddles strapless design, incorrect technique will cause the paddle to fall off the swimmer’s hand. The Agility Paddles’ convex design also promotes an early catch and reminds the swimmer to maintain an early vertical forearm position. This versatile paddle works for all four strokes and accommodates most hand sizes. 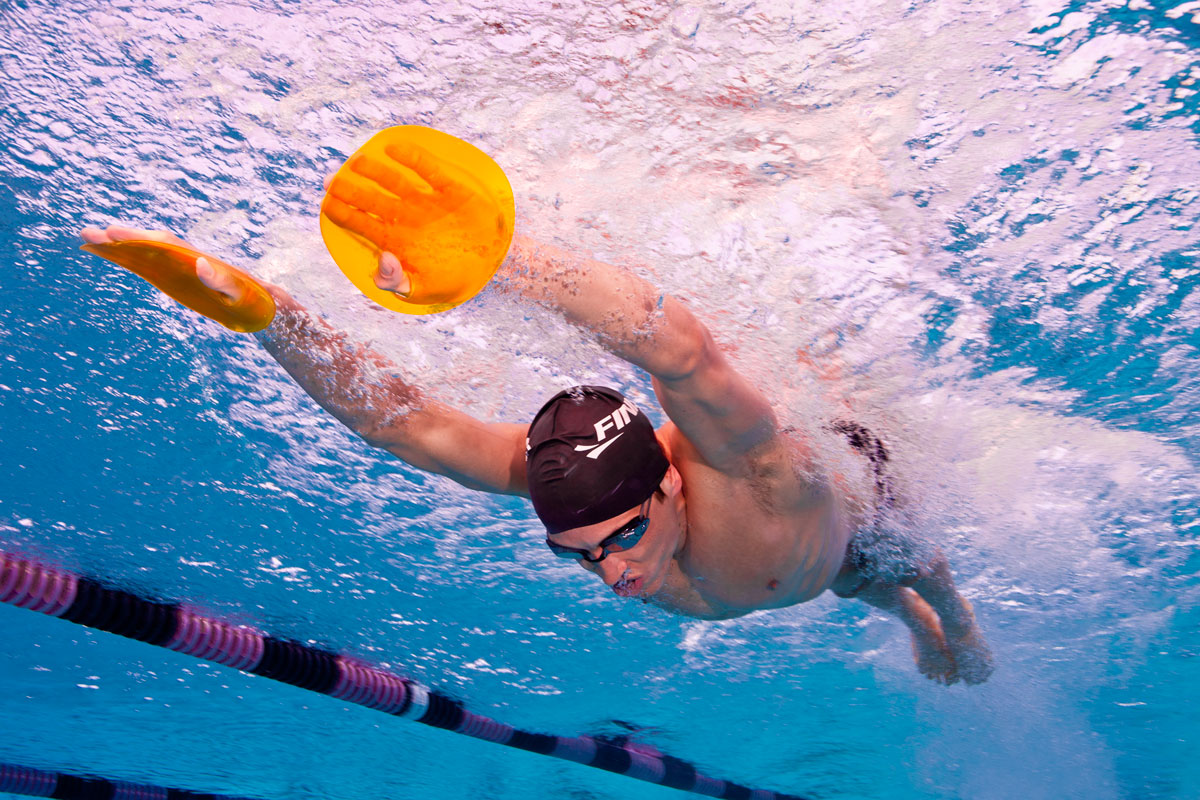 (Note: This is not me. This is a dude. Swimming butterfly with the Agility Paddles.)

In summary, the paddles do, in fact, work for all four strokes, and I can see how, for each stroke, they would promote effective technique while in use. I personally had a difficult time swimming at higher effort levels with them, since I found that I needed to focus on my technique. However, I’ve also found that after using them for a few hundred meters during warm ups, I self-correct the dead spot in the catch with my left hand. That’s a pretty easy technique improvement approach, and one that I plan to continue to use for a long time. These paddles have a permanent place in my swim bag now.