It’s about that time.

That is, time to head down to Charleston, SC for this half ironman thing. The plan is to drive about 2/3 of the way this afternoon, and finish off the final chunk tomorrow morning to allow a nice, relaxed packet pickup, bike check-in, and time to stretch out before race day.
The mere day and a half between now and the race start naturally means that it's time to obsess over the race and all associated goals. Oftentimes, when endurance athletes talk about goals, they talk about specific time goals – myself included. But for this race, I don’t have a time goal. I have an estimated finish time range. That range happens to span an hour. In other words, I have very little concept of when I will finish. I’ve done a few Olympic-distance triathlons and I’ve done a marathon. Neither of which say much of anything about how this race will go. Even results from big bad training sessions don’t say much, since so many things can happen over the course of 70.3 miles.
Lack of targeted time goals doesn’t mean that I’m aimless on Saturday. Not at all. I have three very specific goals here.
Leg-by-leg translation of those goals…
Swim: Kick ass without trying. Arrogant? Yes. Possible? No question. I have decades of swimming base and I have finished near the very front of the pack of every triathlon I’ve done without using much energy at all. My history with regular 10-15k days in the pool meant learning how to swim as effortlessly as possible while still keeping up with everybody. In other words, learning how to be lazy without looking like it. I plan to swim with a strong stroke and low turnover, catch up to the faster men, draft off them, and hopefully come out of the water totally fresh and in front of almost all the other women.
Bike: Get set up for a good run. My mantra for the entire ride is “Don’t forget that you’re about to run an half marathon.” This is NOT a 56 mile bike race. Treating it like one will make the run unbearable. Sure, seeing an average pace of 19+ mph on the super-flat course would be awesome. But do you know what isn’t awesome? Walking an entire half marathon because you are physically incapable of running. There are two big components to this. The first is staying aerobic, which I can stick to by watching my heart rate on my trusty Garmin, which will be sitting right in front of my face the entire time. 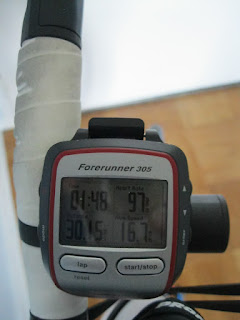 I’ll also be using it to monitor my fluid and electrolyte intake over time, as well as my caloric intake to avoid complete glycogen depletion. Those tasty date-based energy balls will make that easier. 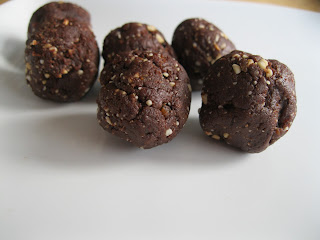 It’s important to keep the hydration and glycogen replenishment process as simple as possible, because it’s not optional. I’m sure there are a few things worse than running a half marathon dehydrated and glycogen depleted at the start. Maybe nuclear war? 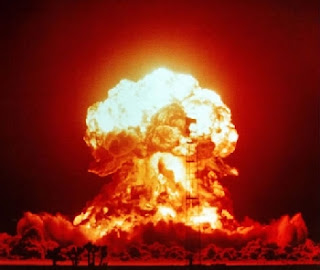 Actually, no, because if you’re close enough to a weapon when it detonates, you just get vaporized and die instantly. A half marathon with a depleted body takes hours. I'd prefer to not experience either, so I'm sticking to a controlled pace on the bike with appropriate food and water intake.
Run: Use the planned run/walk intervals, no matter how good I feel at the start. I’ve practiced a few bricks with running six minutes and walking a minute, and it works for me. I know that many people can run the entire run leg of a half ironman. I’m not one of them right now. So, I can either follow this run-walk interval plan, or I can be SO EXCITED to RUN FAST right off the bike because I FEEL GREAT, leading me to run 5 miles and then death march 8.1.
No thanks. I’ve demonstrated over and over that I can hold just under 10 minute miles off the bike with that run/walk breakdown, which isn’t much slower than I run off the bike without any walking. So I’m sticking with the intervals, with two exceptions. The first is mile 6, which includes the start of the second loop and the major spectator area. People will be watching. People I know. So I’m going to run, lest the freak out that I’m dying (or think that I'm lame). The other exception is the last 5k, where I’m hoping to run the remainder of the race to finish strong – both mentally and physically.
The last 5k will also be fun because it is where the race plan that I worked on with coach says that I can start doing coke at the aid stations.
I’m PRETTY sure that she’s talking about the cola they’ll have at the aid stations every mile, but I could be wrong. I mean, some race organizers really do pull out all the stops, and our entry fee WAS $150, so maybe they splurged…
So that’s how the race should go. Kill the swim, don’t be an idiot on the bike, and control the run.
Now to do it.
Posted by Victoria at 9:45 AM