Today, Jason and I close on the condo next door to mine so that we can make one big condo for us to both live in. Since it needs quite a bit of work, we probably aren’t going to be able to travel to visit family for Thanksgiving or Christmas, and planned in advance to visit our respective families in early November. I got to travel to Ohio a couple of weekends ago to see my niece (and give her a purple gorilla because everybody needs one of those). 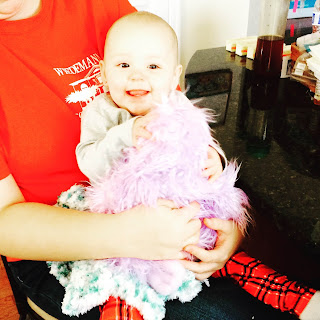 And also bake a bunch of cookies, so that my family could freeze them to have at Christmas. 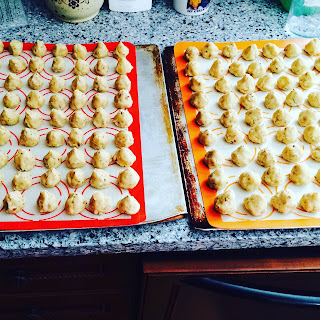 Finally, of course, I had to pet this guy, in all his 20 pounds of feline glory. 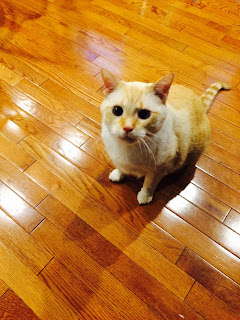 While I was there, I wanted to be able to run, of course, and got this idea that maybe I could even find a race. Winner, I found the Prazynski Memorial 5k taking place about 30 minutes from my parents’ house, and even convinced my dad to sign up, too.

It was under 30F when we got there, so I took full advantage of the time to warm up and finished right before the ceremony to honor the race namesake, and then lined up right in back of a couple of local cross country teams, because, come on, I’m not that dumb.

As I figured, the cross country teams took off like mad, and at least 50 people passed me in the first 100m, including a woman in loose sweatpants and a knee length puffy jacket. I didn’t panic, because either they would hold that pace the whole race - in which case, I wasn’t going to keep up -or they were going to crash and burn and I’d pass them later.

Maybe 300m later, I’d passed at least 20 people (including the previously mentioned woman in knee length puffy jacket). It took me until the first mile to pass the remainder of those who took off way too fast, though I questioned possibly going a tad conservatively when I saw the first mile split pop up.

I continued to pass a few more people, and as I approached the final turnaround, counted five women in front of me.

During this mile, I passed one more woman and moved into 5th place woman overall. I was feeling good, which is probably not ideal for mile 3 of a 5k – come the final 0.5-0.75 miles, you should feel pretty terrible.

That woman I passed tried to outkick me at the end. She failed.

This was 12 seconds off my PR, so I was OK with my time. I should have pushed harder earlier, and need to race 5ks more often to figure out the appropriate effort level more easily – the last standalone 5k I raced was in the spring, so I was rusty.

Still I was announced as the age group winner. 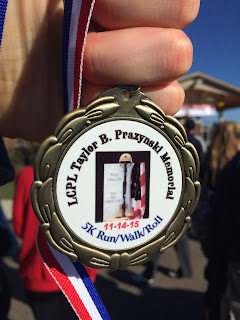 My dad won his age group, too! Even walking the entire thing (in 38-something, e.g. faster than some people run). 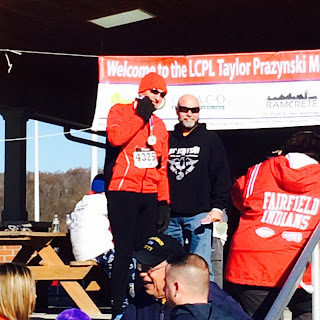 Something was funky with the results, and latter than night, another woman was placed in front of me, but I didn’t see her on the course at the out-and-back near then end where I counted the women in front of me. So, who knows what happened there. I do know that I ran a negative split race and almost got a PR, so I’ll call it a successful day.

I also know that this cat is apparently sad now that I’ve returned to DC. 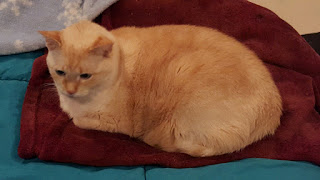 Do I have the right ratio of cat pictures to running discussion here? Please give feedback in the comments.