As noted on Tuesday, I spent last weekend previewing the Ironman Mont Tremblant course. Sure, it was good from a training perspective to cover 120-ish miles on the bike, run about 18 miles, and swim 2 miles in roughly 2 days, but the real advantage was the ability to preview the course. Since not everybody can make it there before race day,  I'm sharing some of the intelligence we gathered last weekend here.

You heard people rave about this being a world-class race venue after the debut 70.3 and Ironman races last year. And they were right. The resort has everything you could need – food of all types, tons of lodging, and even a few sporting goods stores stocked with goodies that triathletes may need -  and the surrounding area is nothing but beautiful forest and mountain scenery. 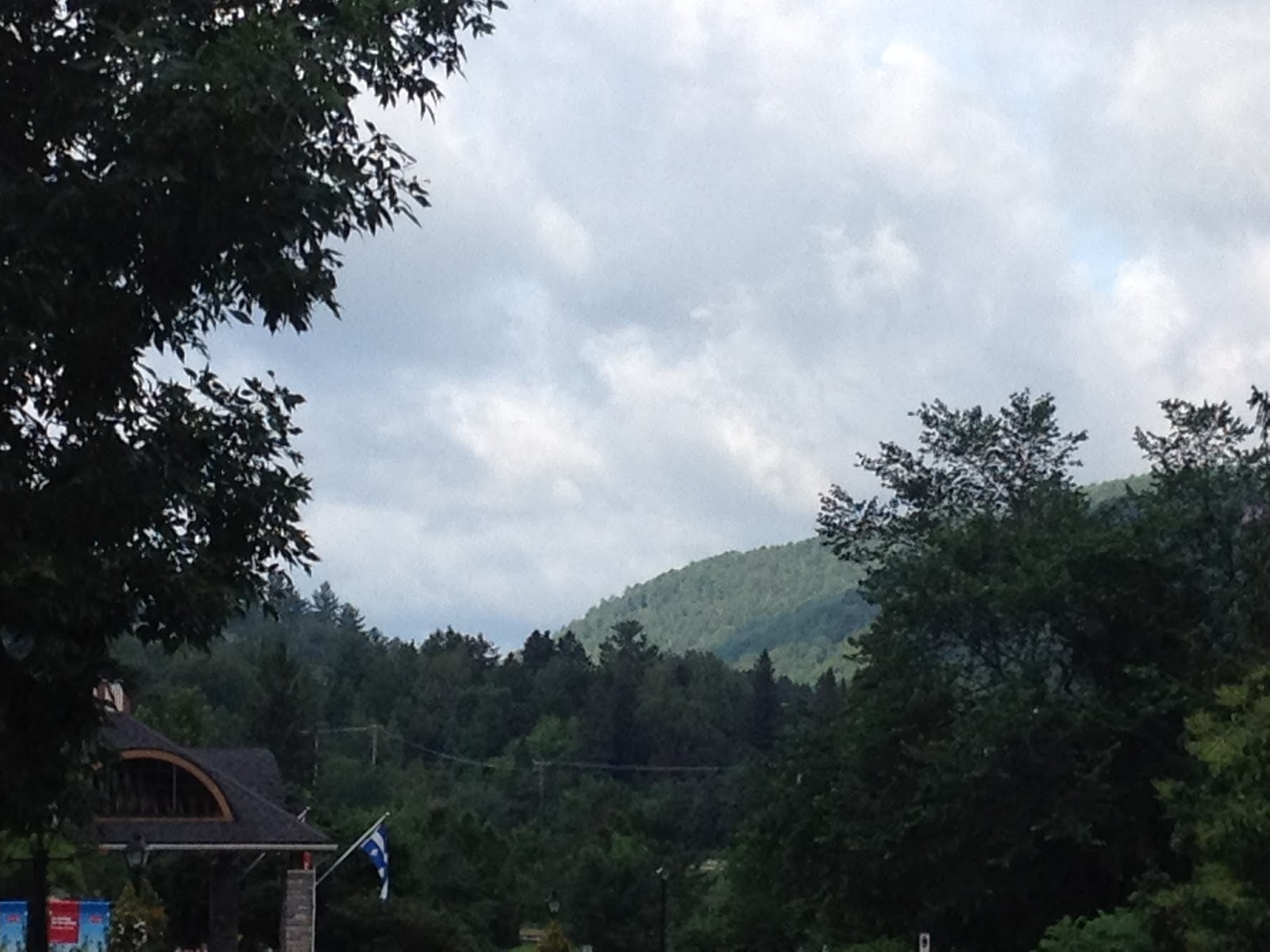 As Beth said, it’s so clean, you can smell the wildflowers as you ride through the beautiful mountain country. This area really is amazing, even if you aren’t there to race.

A word about the weather: having seen pictures of people racing in armwarmers last year and knowing that the race was in, well, Canada, I’d been assuming I was in for a cool weather Ironman. About a month ago, Sarah noted that the weather is actually quite variable, and we found this to be the case while there. Our long run took place at 81F and 82% humidity, but on another day, it was chilly enough to merit long sleeves on the bike. If you are racing, it’s probably best to be prepared with a wide variety of clothing options for each leg for race day. 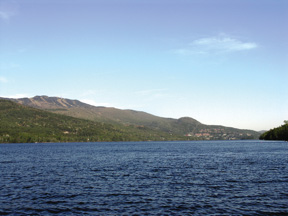 We didn’t get to swim the actual course because of boat traffic, but there is a reserved swim lane along the shore for practice during the summer. The water is clear, and was a pleasant temperature for a wetsuit-free swim. The race will probably be wetsuit legal, but you shouldn’t need any neoprene caps or booties or other extreme gear.
Bike course

The bike course is two loops of a 56 mile course, which you can mentally divide into two smaller sub-loops of 44 miles and 12 miles that each start and end right near transition. Let’s start with the first sub-loop, which is the longer one.

Out of transition, you spend about 6 miles making your way over to highway 117. There are some gradual climbs and descents in here, some longer, but nothing too steep. Once you turn onto 117, you immediately start two long, gradual climbs, and then go right into a screaming downhill. After that, the rest of the 13-mile out section on the highway is basically flat, with only very slight inclines and declines that you are unlikely to notice. 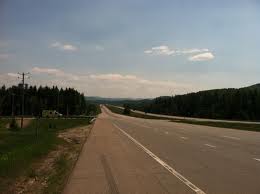 After the turnaround, it’s just the same 13 miles in reverse: flat, climb back up that hill you screamed down on the way out, and down a couple of gentler downhills. Before turning back towards transition/the resort area, you get to do a 5 mile out and back section involving the 117 service road, which involves a very small, gentle climb and is otherwise unremarkable. Finally, you head back through the gentle inclines and declines to make it back towards the village/transition where you’ll start the shorter sub-loop, the climb to Lac Superior.

Before moving on to discussing that section, I think it’s important to note that 117 can be VERY windy. I wasn’t expecting this, and while it was fairly calm the first time we covered it, we were dealing with a very strong headwind on the way out the second time we covered it, and also encountered some very scary cross winds. This was extremely frightening when trucks drove past, but I’m told that on race day, one side of 117 will be shut down for the race. After some research, it seems that wind in the afternoon is typical, so expect to encounter some on the second loop.

Finally, the climb to Lac Superior: The round trip from the village/transition is about 12 miles. This section has the famed high-grade climbs, however, they aren’t that long. It’s essentially a set of stair-stepping hills up towards Lac Superior, followed by a net downhill back to transition/the village.

The descents are pretty easy and not that technical, but be alert on race day, as I’m sure that several athletes will be taking turns faster than they safely can. It would be easy to go way above your anaerobic threshold for a lot of this and totally trash your legs at an inopportune time. Don’t. Stay patient, there’s a little marathon coming up.

The first three miles of each loop are a net downhill, but don’t let that fool you: there’s plenty of uphill to be had, too. Lots of rolling, and lots of opportunities to ruin the next 24.2 miles by crushing a hill. Don’t do it.

The gravel path, which I expected to hate, is pretty nice. It’s well-packed, fine gravel without tripping hazards or large stones. Really not much different from running on a road, and it offers several miles of relatively flat, straight running, which is where I can pump out tons of aerobic-effort miles in the middle of each loop. As an added bonus, a good deal of the path seems to offer some shade, which will be nice if race day is sunny.

After about 7 blissful, flat miles, it’s time to head BACK towards transition – a net uphill, with a couple of steep, but short, hills. I may be power walking a couple of these, because, thanks to my long legs, I can power walk up steep hills faster than I can run up them. It’s going to be a rough way to start mile 24, but, hey, by then, it’s about time to become an Ironman, isn’t it?

Twenty three more days!!!
Posted by Victoria at 6:11 AM