Most folks have some kind of triathlon this month, but I don’t. Instead, I’ve been swimming like mad so that I can make it the 4.4 miles across this thing. 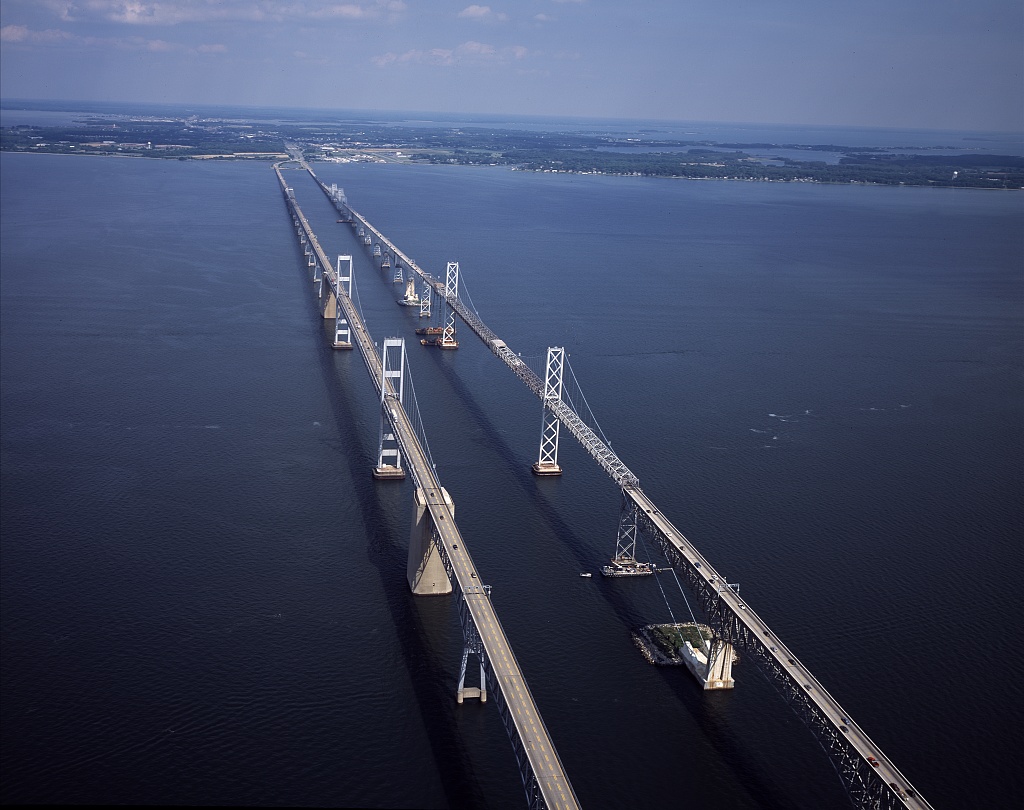 Apparently you can actually drive across it, but that sounds boring, so a few hundred of us decided to swim on Sunday morning instead.

As impressive as it looks in the picture, it's hard to grasp the context of the distance in one photo. For scale, here’s a map of just what 4.4 miles in the Chesapeake Bay looks like compared to, say, the distance between DC and Baltimore. 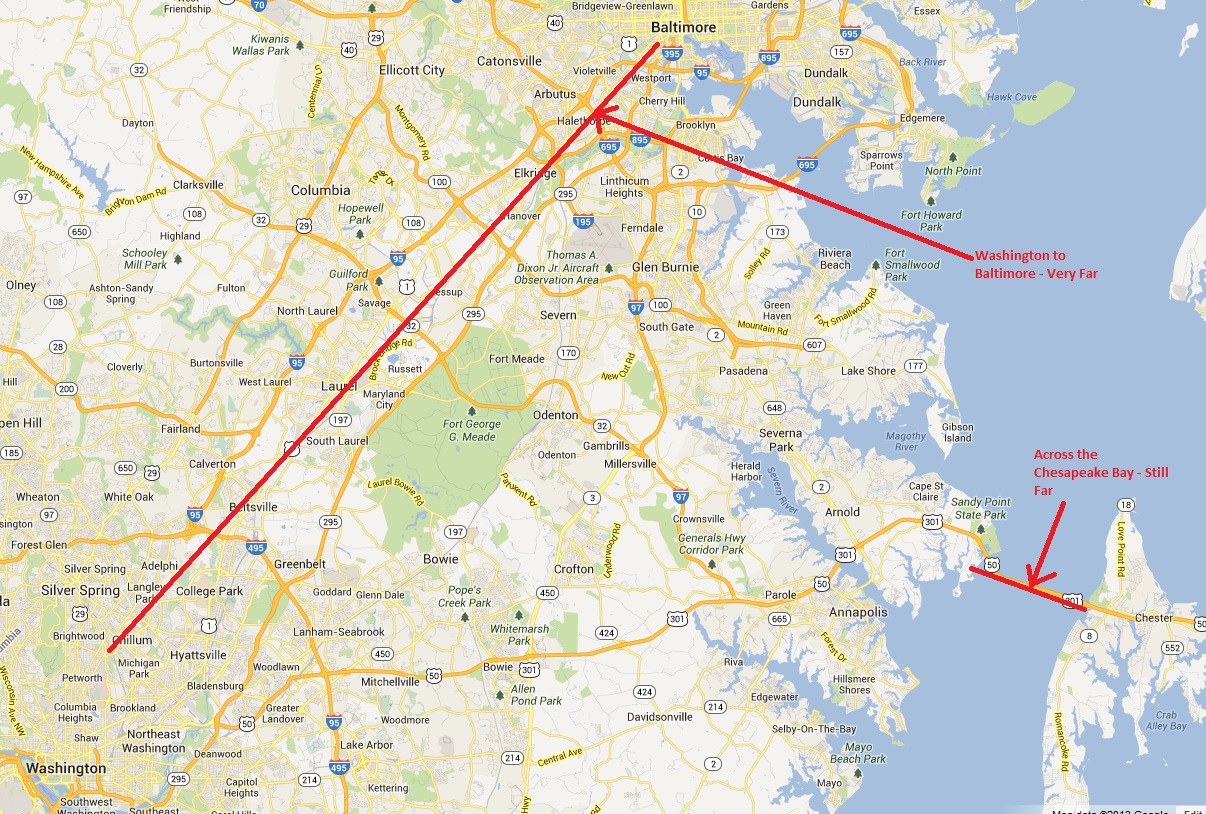 In preparation for my longest-ever open water swim race, my left shoulder impingement flared up last weekend. It doesn’t hurt much while swimming – more while getting dressed or lifting something overhead – but I’ve been icing it and doing trigger point work on it anyway. It should be good to go by Sunday morning.

And really, a shoulder impingement isn't fatal. Not even close. I’m staying upbeat about it, I mean, it’s not like there’s a tropical storm headed straight for the Chesapeake Bay, possibly causing a storm surge or flooding of rivers feeding the bay to screw up the currents right around the start of the race. 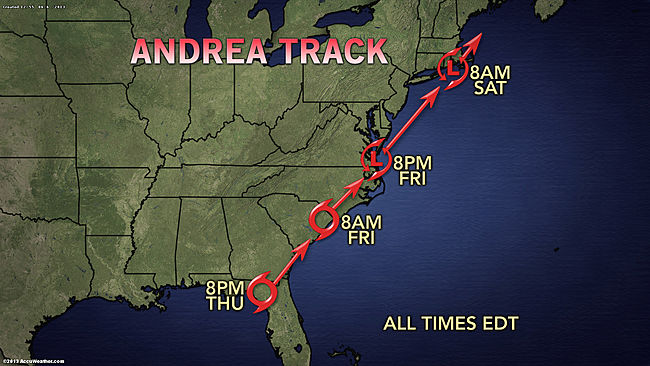 To summarize, I'm going into a 4.4 mile swim with a less-than perfect shoulder, in less-than-perfect water conditions.

Since the currents can vary so much under normal circumstances, it's hard to set a time goal for this race. At the beginning of the year, I settled on 2:10 as a goal time, based on the fact that I've done several 2 mile open water swims in the 57 minute range. If I make it, great. If not, I just hope I'm not in there much longer than 2:30, because I might get tired of looking at green-brown water in front of me and bridge pillars to my sides.

Before that, you can find me tracking a storm and sitting with ice on my left shoulder. Race week ahoy!