McDonnel Lake Swims: Come On In, the (64F) Water's Fine


It was probably evident from my last post that I’ve just about had it with trying to be positive about the health/weight struggles and how they affect my athletic performance. The rapid 10 pound weight gain made me so miserable while biking on any kind of incline that I seriously considered throwing my bike out a window on Saturday morning, and my joints are not too happy when I run, even if *I* am happy while I run.

But there is one advantage to suddenly holding onto extra body fat: the ability to swim a race in cold water without a wetsuit.

See, I vehemently object to the use of a wetsuit in standalone open water swims. Some argue that there are separate divisions for awards so it doesn’t matter, but let’s take a look at what FINA, the international aquatic sports governing body, has to say about that.

Anyway, given how much I rant about people clinging to their wetsuits in all sorts of inappropriate conditions (76F lake swim? Really?), donning a wetsuit for an open water swim is not an option for me. Even if the water temperature on race day is 64-66F, like it was for the McDonnell One- and Two-Mile Lake Swims in Reston this weekend.

I mean, if people can swim the English Channel without a wetsuit, surely I can handle a few miles in lake in Virginia, right? On to the race…

I got to the race site nice and early, found an air temperature of just about 50F and decided that the warm up pool had to be balmy in comparison. After registering 600 yards before running into a bunch of wetsuit-clad folks who apparently don’t know how to circle swim, I declared myself loosened up and put my “warm” clothes back on while we all waited for the one mile swim to start. I lined up with a field that was about 85% covered in neoprene (again, English Channel vs. loop around a lake in Virginia, people) and waited to get going.

My feet essentially turned into ice blocks waiting around for the start, but I otherwise felt fine while swimming. I managed to do a decent job of staying on course thanks to the new FINIS Surge polarized goggles that I recently purchased to help with visibility in harsh, glaring conditions.* After making one loop around the lake, I ran out in 28:17, good for second in my age group, and a volunteer immediately wrapped me in a foil blanket – apparently I looked cold.

Several triathlete friends and DCRP teammates had shown up while I was out swimming, and I tried to convince them that the lake felt GREAT and that they should abandon their wetsuits. Evidently, the fact that my lips were blue and I was shivering while bundled in multiple sweatshirts did not convince them. 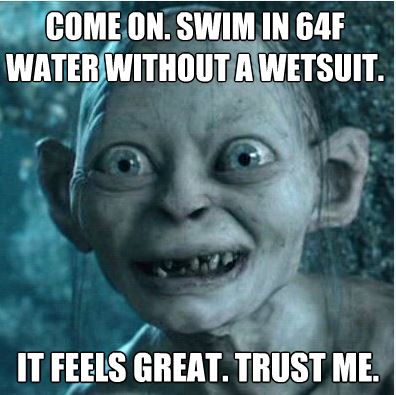 Garret, one of my DCRP buddies, was the only one to step up to the challenge, and he agreed after the race that it was the way to go. Swimming like a real (wo)man, just yourself and the water.**

The two mile swim was similar to the one mile, aside from a little fatigue I felt towards the end of the second lap. It wasn’t crushing fatigue, but I could definitely feel myself slowing a little. I came out in 58:51, and another 2nd place finish in my age group. 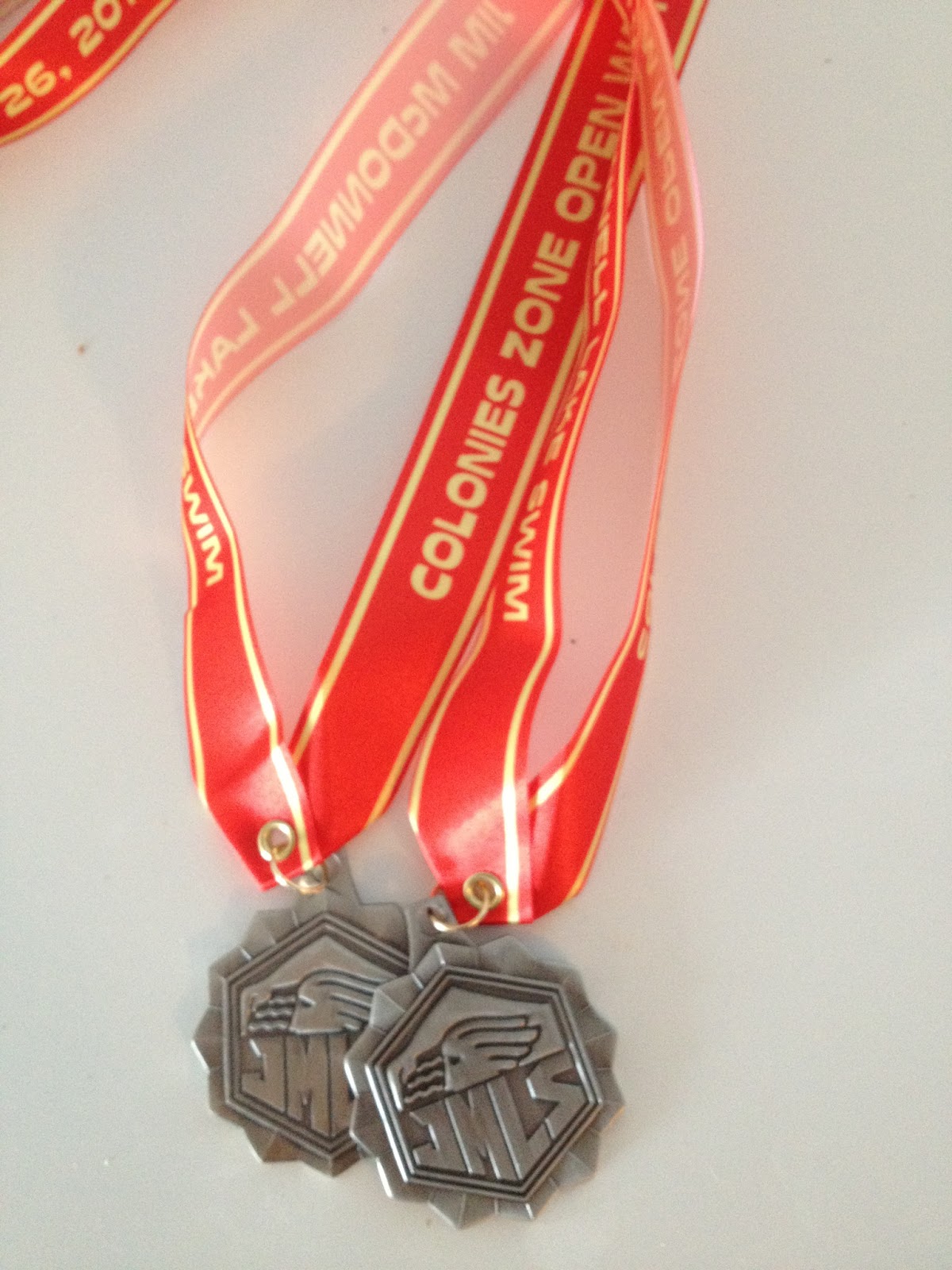 The times are OK, and relatively encouraging for a good finish at the Chesapeake Bay Swim in 13 days. I won’t be winning, or even coming out near the top, but I can definitely handle 4.4 miles without a wetsuit.

*I've received products from FINIS for review before, but purchased these goggles out of my own pocket because 1. I needed better goggles for open water swimming and 2. I know that FINIS is run by swimmers who develop outstanding products. They were $40 and worth every penny.
**I acknowledge that some people do have legitimate physical and medical conditions that call for the use of a wetsuit. However, that's not the case for 99% of the field.
Posted by Victoria at 6:30 AM