For the past few weeks, folks who are picking out their 2013 ironman races have been debating the difficulty level of the various courses. Lake Placid? Climbing mountains on the bike course. Coeur d’Alene? Ice cold water. Florida? Hammering away on a flat bike course nonstop. Arizona? Wind. And so on and so forth.

Essentially, every course presents a unique challenge, and there is no such thing as an easy ironman (FASCINATING, isn’t it?). The consensus about the Louisville course is that one of the biggest potential challenges is heat on race day. This leaves those of us racing it with two options. First, we can whine about it and be scared.

Alternatively, we can train in the heat and adapt. Which means that on days that the news reports that the temperatures will be so high that nobody should even think about exerting themselves outside, we hop on our bikes and lace up our running shoes for hours at a time. Yep, even on those days that are so hot that airplanes seem to melt into the runway. 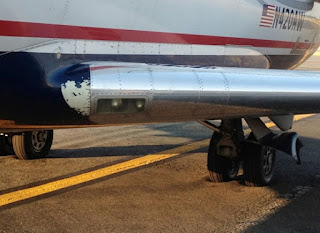 But you have to be careful with this. You cannot neglect fluid or salt intake. Not for a minute. And there’s one other important thing you must do.

It’s the antonym of HTFU. And it’s important to survival on hot days. No, you can’t hold your 10k PR pace for more than a few minutes when it’s over 100 F out. You can’t. Don’t bother trying, or you might not make it through the session. Better to make it through your session a little slower than to be unable to complete it because you pushed too hard at the start. Cooler days will eventually return, and you’ll be able to speed right back up if you’ve managed your heat training well.

But in the mean time, STFD. Really.

Tuesday: An hour on the trainer in the morning, followed by an evening swim of 3700 yards with DCRP, on our old, old stomping grounds. 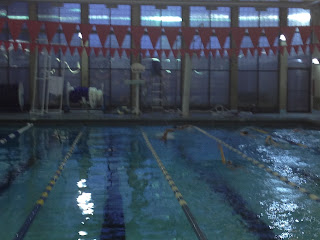 That’s the Marie Reed pool in Adams Morgan, which we used to use for practice on Saturdays in the fall, winter, and spring. Sometime in the fall of 2007, we wound up getting moved over to Takoma because of a disagreement between the DC Department of Parks and Recreation and the DC Public Schools, and of course now, we’ve made Wilson our home since the fall of 2009. Quite strange to be back there, even more strange that the pace clocks were missing.

Wednesday: Kicked off the holiday with an early morning fartlek run with target paces that I sometimes hit and sometimes didn’t. Moved along to the strength portion of the day with a 30 minute CXWORX class for core/glute work and 10 minutes of cable-based upper  body strength work.

Done? No. Then Rachel came by for an easy 2500 yard swim in my building’s outdoor lap pool. THEN we were done.

Thursday: A morning brick workout, starting with an hour on the trainer, followed up with a 30 minute run in 81 F heat. Yes, I started the run before 7 am. Oddly, it didn’t feel hot at all. Adaptation to the heat? At last? Maybe?

Friday: A 3300 meter lactate threshold set at Wilson in the morning, followed by 45 minutes of strength training and beating up my tight, depleted muscles with a foam roller in the evening.

Saturday: The hottest day of the year. So, what to do? A 6+ hour workout outdoors, of course! 82+ miles of biking up to and around Poolesville, partially with Karen and Lindsey for company, followed by 53 minutes of “running” in triple digit temperatures. Yes, I drank a lot of water and took in a lot of salt. And yes, I still lost well over two pounds during the workout. And no, that “run” was not fast, it barely qualified as running, but it was sustainable under the conditions, and gave me confidence that I can handle any heat that the Louisville course throws at me on race day, even if it does mean that I have to STFD to ensure that I finish the race.

Sunday: The *second* hottest day of the year. More running! 7.6 miles of humid running with the PR distance training program. We started before 6:30 am, and it was over 90 F when we finished. Again, the key was to STFD and focus on survival of the conditions.
Posted by Victoria at 10:07 AM