Supposedly, recovering from a half ironman can take a while. I, obviously, take exception to this, and on the drive back from the race last weekend, was plotting all the workouts I would be tackling now that taper was over. Longer swims in anticipation of the Reston 5k/2mile/1 mile lake swims at the end of May, biking hills to prep for Columbia in a few weeks, and of course WEIGHTS. I’d be GREAT to go 48 hours post race, of course.

And this, folks, is why I work with a coach. Much as I scoffed at the three (THREE???) planned rest days for the week, I was actually pretty tired and couldn’t do much of anything beyond low-end aerobic work all week.

FINE THEN. That doesn’t stop me from trying to figure out a way around sitting on my butt for most of the week. 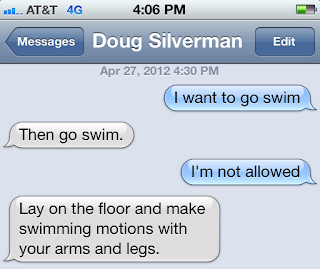 Alternatively, there are activities besides swimming, biking, and running that can get you outside and active. Observe below:

Monday: Rest day. Plenty of post-race unpacking and laundry to fill the time.

Tuesday: One hour of easy spinning on the trainer in the morning, 2000 meters of slow swimming with the masters team at night before sneaking out of their workout early.

Wednesday: A little over 3 miles of semi-sluggish running around Arlington neighborhoods in the evening.

Friday: A rest day. Again. Used the spare time to enjoy the sunny weather while walking to and from work. The cool thing about walk commuting in DC is that you are bound to walk past something historic. Like the spot where Reagan was shot 31 years ago. 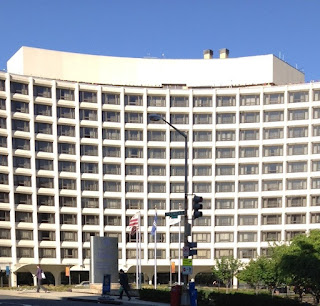 Far, far more interesting than a monument. Those are all over the place.

Saturday: 28 miles of biking along the crowded W&OD with Brigid, averaging just over 16 mph. I was only supposed to do an hour and a half, but couldn’t leave Brigid on her own for the full two hours, so I put in extra time to keep her company. I don’t think coach was too angry…er….

Sunday: ANOTHER rest day. No swim-bike-run allowed. Notice that there was no mention of racquetball, which Doug has been trying to force me to try for months. 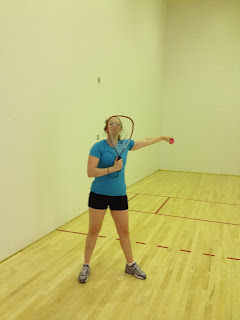 That was about as competent as I looked with the racquet all morning. See, Doug tells me that a racquetball game is over when one person reaches 15 points. Then he beat me 15-0.

We now have a deal stating that if I ever beat him in a racquetball game he will train for and race an Ironman. I think that he has his eye on Ironman Arizona 2053, which probably still won’t give me enough time to win a game.